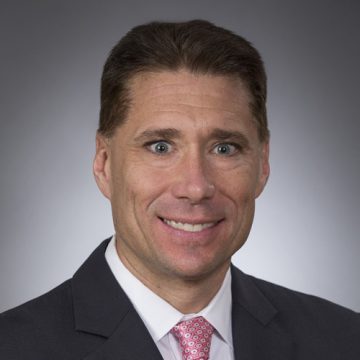 Christopher P. Eldredge is the former president and CEO of DuPont Fabros Technology (DFT). While in this role, Eldredge repositioned the company and established its expansion strategy which eventually led to its sale to Digital Reality Trust for 22.9x EBITDA and more than a 24% premium. During his tenure as CEO, he increased shareholder return of over 140% (~58% per annum), tripled the stock price, leased over 157 megawatts of capacity, and more than doubled the company’s market cap from $2.8B to $7.9B – all in less than 3 years. Additionally, Eldredge helped bring in an additional $2B in new investors while revamping the company’s operations, reducing cost-to-build by 10-15% and increasing its’ targeted ROI to over 14%.

Recognized as a top performer for overall shareholder return in the space, Eldredge has worked in the IT infrastructure and telecommunications industry for nearly two decades. He is continually acknowledged for his strong background in executive management, strategic business development, tactical planning mergers and acquisitions, operations and sales.

Prior to joining DFT, Eldredge was executive vice president of global solutions, an NTT America Inc., one of the largest global IT infrastructure services providers. At NTT America, he led all aspects of data center services, cloud infrastructure, network and managed services. Previously, Eldredge was the president and general manager, Ethernet exchange and product management at The Telx Group Inc., a provider of interconnection and colocation, cloud and managed services, where he increased profit margins by more than 20 percent. He also worked as executive vice president at Broadview Networks, a local exchange carrier that he assisted in becoming a national company. Prior to that, Eldredge held the position of corporate vice president at Frontier Communications where he was responsible for more than $600 million in annual revenues with a 10 percent year-over-year growth rate. He also served as executive director at Cablevision and was a member of the high potential executive development program.

Eldredge received an MBA from Dowling College; a Master’s in communication arts from New York Institute of Technology; and a Bachelor’s in business administration in marketing from Hofstra University where he earned a full athletic scholarship.